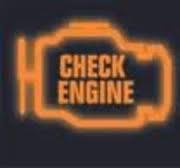 Today on the way to work, I noticed that the ‘Check Engine’ light was lit on my 2002 Toyota Highlander.   It was a harsh reminder of a similar situation just over a year ago when my serpentine belt shredded leaving my son and I stranded several miles from home.    I immediately looked at the engine temperature gauge and the reading was normal (half-way).   I listened for any strange noise from the engine but didn’t hear anything.

When I parked the car, I shut off the engine and restarted it.  I was going to be late for a meeting, so I called and made an appointment for the car.  The mechanic said it was going to cost $78 to perform the diagnostics on the car which I wasn’t happy about.

I spoke with a co-worker who suggested I have the Check Engine code read for free at AutoZone.   I called a nearby store and verified that they provide this service for free — no appointment necessary.   So I stopped by the one near our house on the way home and they attached a ‘code reader’ to the car’s diagnostic port.   The computer listed 3 codes (P0440, P0441 and P0446) which was non conclusive to the Autozone employee what the problem was.   Since there were three code it could indicte a faulty gas cap, loose vacuum hose, defective solenoid or evaporator/collector filter near the gas tank.

Determined to avoid having to pay a mechanic, I searched for the codes online and found an article that talked about a similar scenario in which a vacuum hose near the air filter had come loose — possibly when the air filter was checked/changed.  After reading this, I figured it was at least worth a look.   I got a flashlight and popped the hood on my car.  It wasn’t long before I spotted the following: 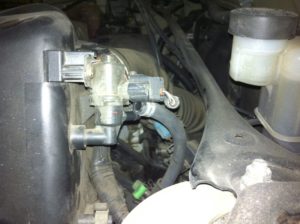 The black plastic ‘box’ on the left is the air filter and in the center of the picture you can see a vacuum host that is disconnected.   It took a few seconds to push the hose back into place.   Not sure how it came loose, but I’m confident that this was the cause of my ‘Check Engine’ light.

I called Autozone back to see if they could clear the codes and they said they couldn’t but said if I resolved the issue, then the light would turn off after the next testing cycle (3-5 days).  It took 5-6 days, but eventually the check engine light turned off on it’s own.